Emmy's human claims to have a Master's degree, to have taught college English, to have lobbied in her state capitol for legislation to better education for her students, and to write and edit various publications.  (Although what this can actually mean for an individual who never cleans her face with her paw  Emmy can hardly imagine).  She claims to have two kittens, one male and one female, who have both attended college and have careers of their own. 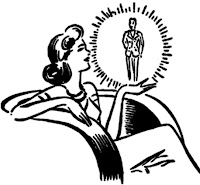 She has a sister (Mirabella) in Houston, and a husband who does appear to return each evening to have his head scratched and his food bowl filled.  Emmy doesn't quite know what to think about this, knowing for a certainty that it is always best for a female to have many husbands and have them often, but she must admit that this one is also good at scratching Emmy's head, so she has consented to let her human keep him for the time being.